Arboviruses have emerged as a major global public health problem over the last 50 years, and are among the most important cause of emerging epidemic infectious diseases worldwide.

Arboviruses are maintained in complex biological cycles, typically involving a primary vertebrate host and a primary arthropod vector. An arthropod vector can be a mosquito, a flea, a sand fly, a lice, a flea, a tick or a mite. Most are zoonoses or viruses that have vertebrate animals other than humans as their principal reservoir host. These cycles exist in natural foci that are unknown until humans, their domestic animals, and other animals encroach natural habitats causing an outbreak or an epidemic (Figure 1).

Several factors are responsible for the emergence and resurgence of arbovirus diseases, including rapid population growth, human migration and illegal animal trade, unplanned and uncontrolled urbanization, human encroachment on natural disease foci such as forested areas, deforestation and land use, lack of effective mosquito control and poor health infrastructure, and climate change.

Until today, nearly 500 viruses have been registered as arboviruses, with 25% of them registered in South America, 25% in Africa. Of these 135 are known to infect humans. In general, arboviruses that infect humans cause a broad range of illness that ranges from asymptomatic infection disease to severe, chronic or fatal disease. In general, arboviruses cause three main disease symptoms: (i) systemic febrile illness, (ii) hemorrhagic fever; and (iii) invasive neurological disease.

Most arboviruses such as ZIKV and DENV cause nonspecific febrile illness during acute phase followed by full recovery. However, arthritic sequelae are frequent in CHIKV infection, and haemorrhagic manifestations occur in a significant proportion of patients with YFV. Neurological complications such as microcephaly occur in 3% of infants born from mothers infected with ZIKV. Moreover, meningoencephalitis or acute flaccid paralysis can occur upon WNV infection.

A number of viruses have adapted to human transmission in the Americas, including dengue (DENV), Zika (ZIKV), chikungunya (CHIKV), yellow fever (YFV), West Nile Virus (WNV), Venezuelan Equine Encephalitis (VEEV), Mayaro virus (MAYV) and Oropouche (OROV). With the advent of novel sequencing technologies, improved diagnostic of co-circulating arboviruses has been made possible, and new arboviruses are now being discovered from a wide range of both vector and host species.

There are over 3,000 mosquito species around the world, but only a few are responsible for spreading diseases to humans. Among those, the primary mosquito species transmitting Zika, Chikungunya, Dengue and yellow fever viruses are highlighted below.

Aedes aegypti occupies urban areas with or without vegetation in tropical and subtropical regions, and can be found throughout all regions in Brazil.

This species bites, rests, and lays eggs both indoors and outdoors. Majorly produced in human-made containers, treeholes and bamboo internodes holding water. Most containers with water used for immature development are within or in close proximity to households.

Aedes aegypti is naturally found infected with DENV, ZIKV and CHIKV. The mosquito breeds indoors and us capable of biting anyone throughout the day. 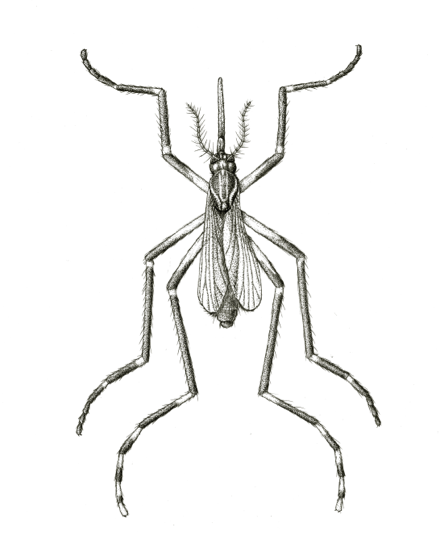 The species has been found throughout Brazil, Argentina and Paraguay.

The species seems to exhibit greater plasticity of habitats and blood feeding patterns than Haemagogus janthinomys. Haemagogus leucocelanus colonizes secondary and modified forest patches and usually attacks humans at lower forest strata. Species has high dispersion capacity between forest fragments, and may bite distant from the woods and even indoors.

Naturally found infected with YFV, Ilhéus, Maguari, Una and Wyeomyia virus (WYOV). It is the principal vector of YFV in Sao Paulo state. 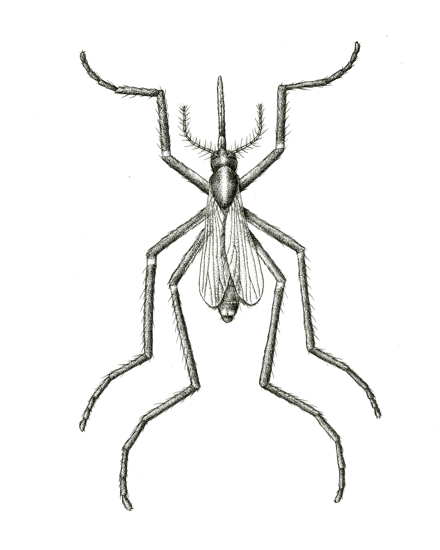 The species is associated with thickets and arboreal vegetation in tropical and subtropical regions, and can be found throughout all regions in Brazil. It is primarily a forest species that has become adapted to rural, suburban and urban human environments.

It is mostly an outdoor mosquito. Shows preference for treeholes and bamboo internodes with water but can also utilize human-made containers for its immature development. Utilizes water-filled containers around or further away from households.

Aedes albopictus is naturally found infected with DENV and CHIKV but mostly as a secondary vector. 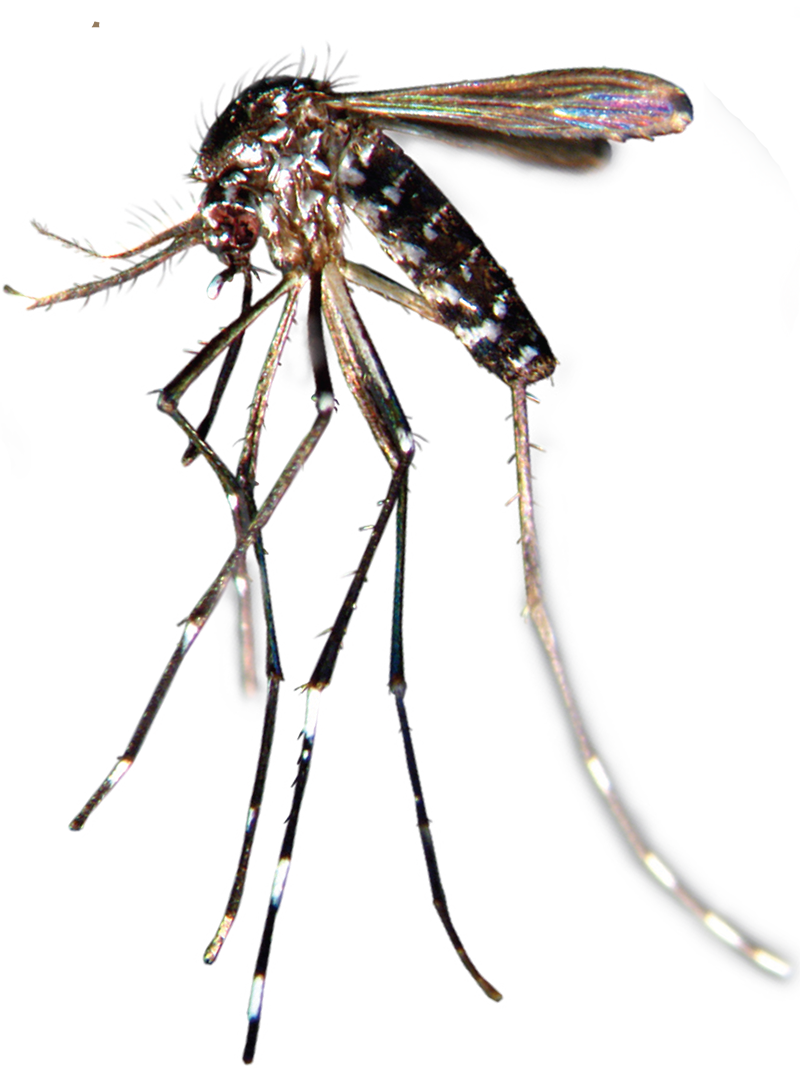 The species has been found throughout Brazil, north of Argentina, Colombia, Bolivia, Ecuador, Guinas, Peru, Venezuela, Suriname and Trinidad and Tobago.

Species has high dispersion capacity between forest fragments, and may bite distant from the woods and even indoors. Haemagogus janthinomys has a diurnal activity. It feeds on a variety of host species, including birds, humans, cattle, opossums, dogs and horses.

Naturally found infected with YFV, Codajas, Jurara and Mayaro virus. It is the principal vector of sylvatic YFV in Brazil. 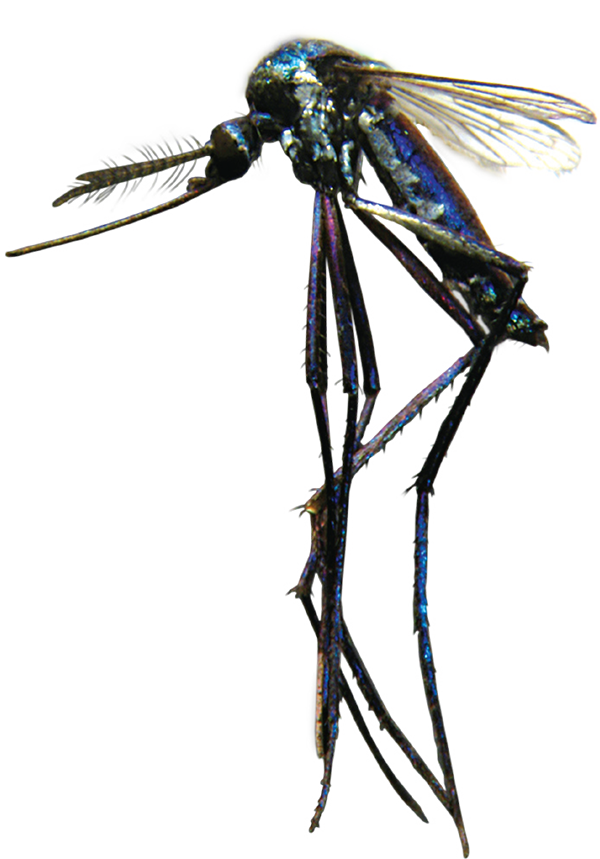 The species is found at low to moderate elevations in tropical and subtropical regions, and can be found throughout all regions in Brazil.