Updated visualizations of genomic data generated by CADDE and other groups for improved epidemiological understanding and outbreak response in Brazil. For additional information on data sharing and availability please contact us. 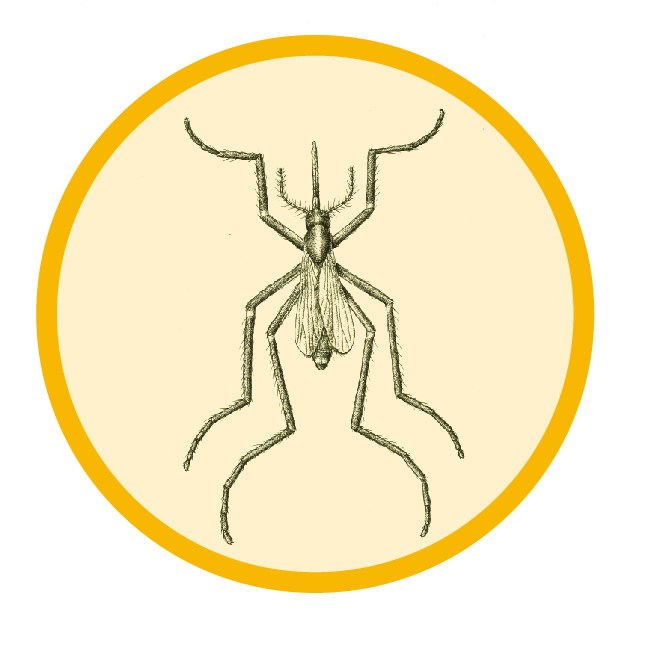 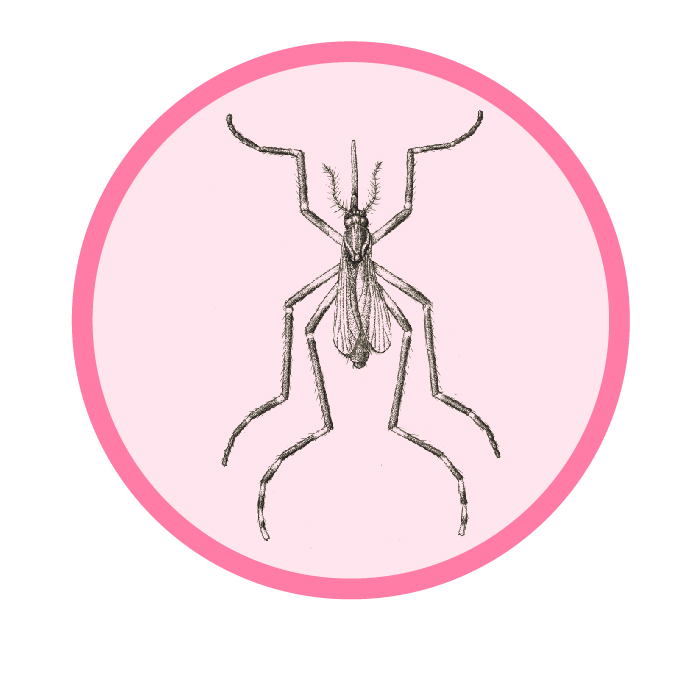 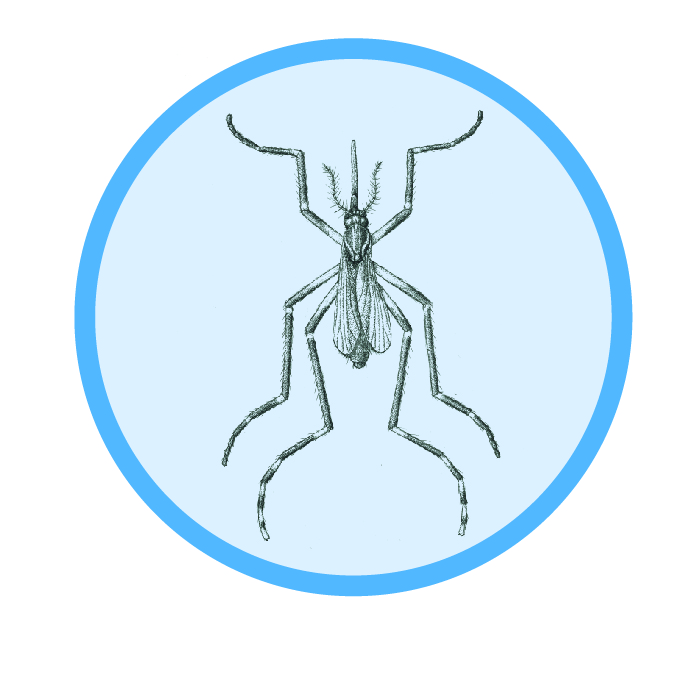 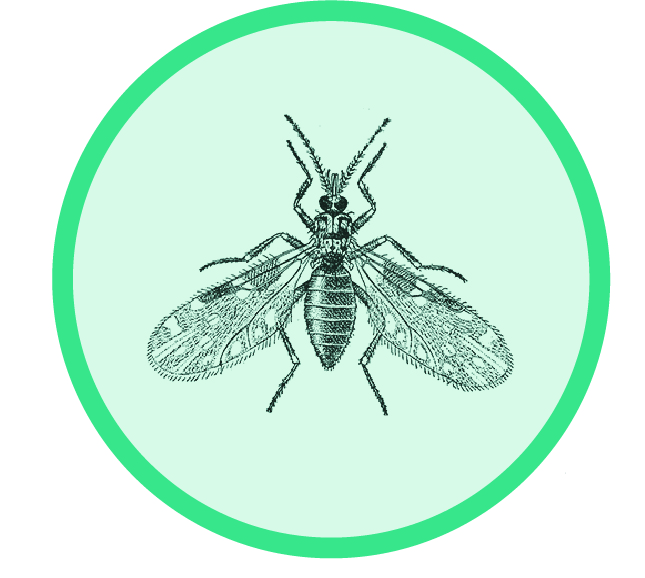 Zika virus (ZIKV) is a positive-sense RNA virus member of the Flaviviridae family that also includes yellow fever virus, dengue virus and West Nile virus. It is mainly transmitted by the Aedes aegypti and Aedes albopictus mosquitoes. classified into two genotypes: the African genotype that is restricted to the African continent; and the Asian genotype, that has been associated with large outbreaks in Southeast Asia, the Pacific Islands and, more recently, the Americas. A recent overview of the 2015-2019 Zika pandemic highlights the impressive body of information generated over the last four years of a virus that was poorly understood until recently.

Brazil has reported the highest number of ZIKV cases worldwide and most cases associated with microcephaly and other birth defects. The generation of ZIKV genomes has been challenging due to the transient viremia upon infection. Fortunately, novel multiplex PCR enrichment protocols enabled researchers to generate genome data in the field in 1-2 days from clinical samples using portable MinION sequencers or other sequencing platforms.

Genomes from microcephaly cases have been notoriously difficult to obtain because of low viremia in the babies born with the condition and the low overall risk for microcephaly per pregnancy despite very high attack rates. The new visualizations include new Zika virus genomes obtained from babies with microcephaly from northeast Brazil that was kindly shared before publication by CADDE’s partner Prof. Renato Santana from Universidade Federal de Minas Gerais. No obvious clustering of microcephaly genomes was observed. A thorough analysis of this data is being prepared for publication.

Reassuringly, given that the current epidemic seems to be nearly over, it has been predicted that herd immunity will lead to a delay of at least a decade before large epidemics may recur.

Yellow fever (YF) is responsible for dozens of thousands of deaths annually in South America and Africa and is the most severe mosquito-borne infection in the tropics. Despite the existence of an effective YF vaccine since 1937, an estimated >400 million unvaccinated people live in areas at risk of infection. Large scale outbreaks can occur every 3 to 10 years in endemic areas in the absence of immunization.

In Brazil, YFV epidemics were first described in the port cities of Recife and Olinda, Pernambuco state, northeast Brazil, in 1685. Until 1928, YFV epidemics in Brazil occurred via an “urban cycle”, in which humans are infected by Aedes spp. mosquitoes that feed mostly on humans. Since 1935, YFV transmission seems to occur mainly via the “sylvatic cycle”, in which non-human primates (NHP) are infected by infected tree-dwelling mosquitoes, such as Haemagogus spp. and Sabethes spp.

YFV can be classified into four genotypes that reflect geographic groupings: the West African, the East African and the South American genotypes 1 (SA1) and 2 (SA2). Brazil has recently experienced its largest recorded YF outbreak for decades, with >2250 confirmed cases and >750 deaths since Dec 2016. This is the largest outbreak in the Americas over a century. The recent discovery of YFV in Brazilian Aedes spp. mosquitoes highlights a need to monitor the risk of re-establishment of urban YFV transmission in the Americas.

Genomic sequencing has revolutionized the way yellow fever transmission is monitored. The first publicly available analysis of genomic data generated in real-time in Minas Gerais, at the epicenter of the outbreak, revealed multiple cross-species transmission events of strains belonging to the SA1 genotype. Entomological surveys identified the Haemagogus leucocelanus and the Haemagogus janthinomys as the primary vectors in sylvatic transmission during this outbreak. Subsequent analyses revealed rapid spread towards highly populated areas with a large fraction of unvaccinated people in the Atlantic coast of Brazil. Recent research has further provided rapid and accurate typing of circulating strains.

In São Paulo state, YFV outbreaks are cyclic and occur every 8 years. Thus in 2024, we should expect a new outbreak to emerge in Sao Paulo and/or the southeast region. To protect yourself, your friends and your family, find the nearest vaccination point near you on this map here. CADDE’s partners are committed to build and implement new frameworks for monitoring YFV transmission and spread in real-time that will ultimately contribute to a global strategy to eliminate future YFV epidemics. Larry Brilliant, who helped to eradicate smallpox once said that “Outbreaks are inevitable. Epidemics are optional.” Let’s use the best possible information and 21st-century tools to eliminate yellow fever epidemics from the world by 2026.

Dengue virus (DENV) is a positive-sense RNA virus member of the Flaviviridae family that also includes yellow fever virus, Zika virus and West Nile virus. Dengue is the most important mosquito-borne viral disease of humans. DENV infections are caused by four serotypes (DENV 1-4) that are genetically related but antigenically distinct.

Nearly 500 million people are at risk of DENV infection in the Americas. As a re-emerging infectious disease, DENV has become a serious threat to public health in the continent, particularly in Brazil, where it was introduced in the 1980s and became well established due to the country-wide re-infestation of the Aedes aegypti mosquito vector species. Brazil is “hyperendemic” with co-circulation of the four DENV serotypes.

Until Nov 2019, Brazil accounted for 60% of all the 2,070,170 DENV reported cases in the Americas. To date, no genomic information exists on what serotype or lineage is causing the recent outbreak in the country. CADDE conducted a rapid genomic epidemiology investigation using portable sequencing of human cases in two different are severely-affected municipalities in São Paulo state, Brazil. Interestingly, the 2019 dengue outbreak in Brazil is caused by a newly introduced DENV serotype 2 genotype III (Asian/American) that seems to be replacing previously-circulating DENV2 lineages. A preprint of Jaqueline de Jesus’ early findings can be found here.

Chikungunya virus (CHIKV) is an alphavirus member of the Togaviridae family. It is mainly transmitted by the Aedes aegypti and Aedes albopictus mosquitoes. CHIKV was first isolated and described in 1952, after a major outbreak of febrile disease in southern Tanzania. The most common symptoms of CHIKV infection are fever, arthralgia, and rash. In fact, the word chikungunya means “that which bends up” reflecting one of the main characteristics of CHIKV infection – acute and severe arthralgia episodes. Other symptoms include fever, headache, myalgia, and rash.

CHIKV can be classified into three main genotypes. The West African genotype is endemic to the West of Africa and causes local outbreaks usually associated with a sylvatic cycle. The East-Central-South-African genotype (ECSA) has transitioned from sylvatic cycles only to also causing human endemic transmission, mainly by Aedes aegypti mosquitoes. Its introduction into Asia has led to the evolution of a third genotype responsible for a high number of cases in southeast Asia, the Asian genotype. In 2004, a new ECSA-derived lineage spread from Kenya to Indian Ocean islands off the African Coast. This new lineage has adapted to transmission by Aedes albopictus mosquitoes firing major outbreaks in the islands and also in Southeast Asia, especially India.

Autochthonous transmission of CHIKV in the Americas was first reported in late 2013, when the first cases of the Asian genotype were confirmed in Saint Martin, Caribbean. However, phylogenetic analysis supports CHIKV virus entry in the Americas to have happened in early 2013.   In the next 3 years of circulation, the outbreak had reached an epidemic state, leading to more than 2 million cases in 52 countries in the Americas.

The first cases of CHIKV in Brazil were only reported in September 2014, nearly a year after the reports in Saint Martin. Four years later, more than 600,000 cases had been reported by the Brazilian Ministry of Health and epidemics is still ongoing. According to data from the Pan American Health Organization, Brazil accounts for 78% of all CHIKV cases reported in the Americas.

Interestingly, two CHIKV genotypes were simultaneously described in two different regions of the country: the Asian genotype in North Brazil and the ECSA genotype in Northeast Brazil. While the Asian genotype seems to have caused local outbreaks in the North, many ECSA outbreaks have been reported around the country. Phylogenetic analysis suggests that the ECSA arrived in northeast Brazil in mid-2014, which is supported by the arrival of the presumed index case in Feira de Santana, Bahia.

The Amazon basin is host to numerous arthropod-borne viral pathogens that cause febrile disease in humans. Among these, Oropouche orthobunyavirus (OROV) is a relatively understudied member of the Peribunyavirales that causes periodic outbreaks in human populations in Brazil and other South American countries.

Since its first description in 1961 in Trinidad and Tobago, OROV has caused several outbreaks and sporadic infections in the Brazilian Amazon, particularly in the states of Pará, Amapá, Rondônia, Maranhão, Acre, Amazonas, Minas Gerais, Mato Grosso, and Tocantins, and evidence suggests the circulation of OROV in other central Brazilian states.

The virus has been isolated from sloths (Bradypus trydactilus) and marmosets (Callithrix sp.) as well as from invertebrates such as Culex p. quinquefasciatus and Ochlerotatus serratus mosquitoes and Culicoides paraensis biting midges.

The genome of OROV is typical of the Orthobunyaviruses and is comprised of three negative sense RNA segments of different sizes: a large segment (L) that encodes an RNA dependent RNA polymerase, a medium (M) segment that encodes a membrane polyprotein.

Genetic analysis reveal differing evolutionary processes on the three segments that encompass the viral genome that can be explained by cryptic reassortment in the Americas. A preprint of Bernardo Gutierrez’ early findings can be found here.